Its the second day of sch but i'm not going. heh. cos tuts and lab starts next wk. so its only an hour of elective today. was thinking its add drop period. hope that lecturer will repeat what he/she taught again. hahaha..

I guess i'm just gonna accept that 2 electives offered. i couldn't get into that management with humour and another non-examinable elective. i tried management w humour last sem too la. so suay. grr. my exam timetable sucks too. elective with a core paper. not only for a day but TWO. sickening.

lectures started yesterday. was feeling super tired when i woke up. gahh, i still can't get use to waking up that early.. and i fell aslp during UOP lecture. hurr. OH YES, SABRINA IS SO SWEET TO BAKE US COOKIES. DAMN NICE LARH. MY FUSSY MUM SAID ITS NICE TOO. she's so nice! thanks ger! she packed it into different packets and gave each of us one. not share ok. how nice can she beeeeeee....

i just saw this email sent to me yester by a reporter frm straits time. he/she is dealing with that hacker case and wants to call me up if possible. seems like this reporter knows everything. how come he/she knows my email add??

just came back bout an hr ago. yet to bathe. haha! better blog fast in case mum pops in and nag.

am super tired now. swimming in de morning, mj in de afternoon, then babe called to meet up. planned to go sentosa to talk but was kinda late already. so we had pizza and cabbed down to west coast park instead. so bloody funny. i almost got muscle cramps when we played at de park. those days in RGPS. hahahaha.. so sad, didn't take any photos. but i secretly video-ed babe blowing her nose super loudly but she found out later.

omg. can't help but laugh at this.

we were into some conversation..

xw: oh he calls me BABY too but he spells it in a different way

me and azrin stared at her

and we kept laughing.

xw still couldn't get it. she's always so SLOW. BTH!!!

then in de cab, i was sitting in de middle.

me: *whispering to azrin* do u smell ammonia?

turned to xw. xw looked at me with that look on her face. i THOUGHT she got what i meant. u know u know?

she came whispering to me. I THOUGHT she wanted to tell me sth...

xw: *whispering secretly* what ah? what did u say?

but, i totally forgot bout printing notes! thinking of that makes me sian 1/2. i hate printing notes u know. esp when my computer prints like a snail.

till now, i still hasn't log in to edventure. yes, since exams ended. i didn't even bother to take a look at the timetable.

i know de electives are out. and lilian helped me check when i was outside. yeah, see.. now i don't even bother to log in to check. simply too lazy! i got that sex death duno what. sounds interesting. but it clashes with that stupid UNIT OPERATIONS paper!

i'm not that stupid now. definitely gonna SU that paper!

my hol has come to an end....... sad. very. i've got pre school syndrome now. :[ not excited for sch at all. cos de stress is here again.. i'll be so busy again with those tests, assignments, REPORTS and whats-not.

u know what? i only really enjoyed this holiday till 8th of dec. we didn't take any photos yester except this.

Spent de whole day at home today. super bored. and u know when u are bored, u'll start to let yr thoughts run......

it didn't get better, in fact it got worse till late evening when i chat with jmei. it somehow made me feel better...

friends, i need them at this moment.

ITS TIME TO GET THINGS SETTLED. SETTLE MY THOUGHTS..

be a new me. or rather de old me i was back then.. before sch starts.

well, this yr really passed damn fast.. before i realised it, its gonna be 2007 tmr. can you believe it?!?

anyway, just when i said in my previous entry that i've never been to vivo, guess what? i went there 3 times this week. o_O but 3 visits with different people..

i think i'm a shen now.. i've been having only one meal per day. so what do you call that? br-unch-er? i don't know why but i'd been feeling so tired. prolly cos been slping late or going out.. but i slept damn early yester cos i wasnt feeling good. i think i was already on bed by 1130pm. but guess what time i woke up? 12PM! omgoodness. and de day before.. i slept more than 12 hrs. i think i only woke up at 2+PM. so by de time i wake up, breakfast time is over.. and nua abit.. gonna b dinner time. 8S

anyway, went out with xw today... me with CHIEF PROGRAMMER chye xiaowei. HAHAHA.. people behind are those contestants waiting for thier turn...

no plans for countdown tmr. everything's so not confirm.... hai.

braces. excited yet super duper scared! i'll be bo gei on 13th march. a day b4 nes's and al's bday. 4 teeth. omg.... then braces on 20th march. what a date. its ruiming's bday! and also, de day i came back frm aussie. i guess i'll be missing all my tutorials on those tuesdays. die.

went ikea with my family and after that, i went to meet azrin and nes at marina sq. dropped by huoy's shop since she's working. she's super nice. she gave each of us a pair of duno what contact lens. love her!

de 3 of us each bought 2 pairs of shoes today :] lovely shoes. i'm really going broke.. no input but only output. tsk.

results out today. not v good.. but at least i passed.

she used de hanyu pinyin function in her hp.. so funny. and i went round msging people in malay too.

i have so much things to write earlier on. but de mood's suddenly gone like that. :[

i'm too lazy to upload one by one. so i put all together. oh, byebye photobucket. not gonna use that for de moment. i didn't know blogger can upload pics too till my sis taught me. and now i can enlarge it if i want. greatt. saves all de trouble..

can click on de pic for a larger view now :] basically de pics says it all. bday at dingtaifung. look at huoy making a wish.. she looks so serious! common huoy, its just a wish! de bowl of 'fried beancurd' we ordered. -.-'' end up its tau pok actually. lolx.. and thats her lovely guestbook.. D.I.Y ok.. xw was supposed to be in that last pic.. but so funny.. huoy didn't aim properly and she wasn't inside. HAHA. 'where is xw!?' mini cele at qinwei's house. we have no xmas tree.. :[ and tadah, we decided to use THAT as our xmas trees. happily placed de exchange presents there. lolx.. we wanted to buy logcake but then qinwei doesn't like logcake and joan prefers mango cake. so we had mango cake instead. lolx.. i love them all.

Woke up today not feeling very good. supposed to meet babe but.. anywa, got a miss call frm huoy. end up, i met huoy and joan in town... 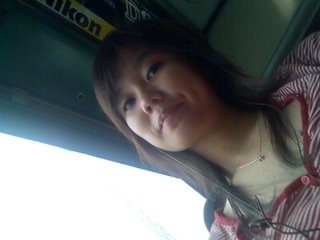 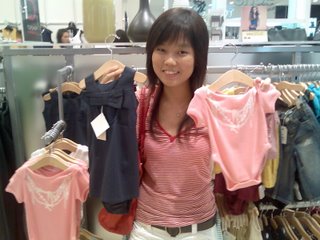 huoy was asking, 'is this for dogs or for babies?' omg. obviously its for babies! muahaha. should i buy for baby and lele then? 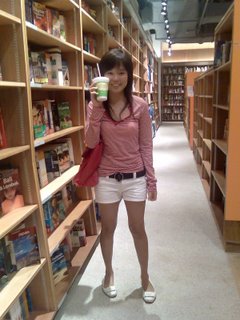 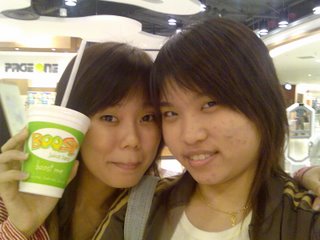 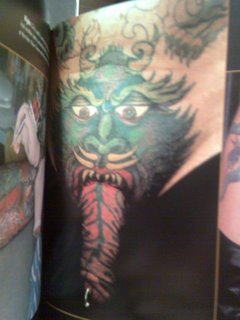 we saw this in de book. omfg. not pain meh? o_O no thanks, huoy. i don't want this for next yr's bday prezzie.. 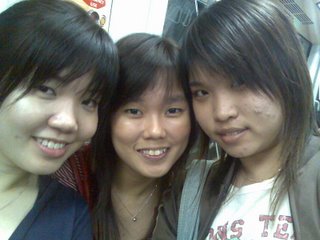 Gladys is gonna order birkies online. there's new ones, 2007. so anyone interested?

i thought i may i wanna order another pair again since i can wear it to sch.

ok, if anyone wanna order, pls tell me ok? cos i needa tell her latest by tmr night. Pls tell me de size and de name of de birks u want.

Merry Xmas to everyone :]

Spent de eve with de kranjians last night. it was steamboat at qinwei's house. well, simple dinner. we ate frm ard 9 to 11.30pm. mj was fun. well, pics be posted when i've got them. anyway we exchanged presents and so qiao, it turned out that i exchanged with xw, joan w huoy and qinwei with ying.

i've got a coffeebean voucher :]] can't wait to use it.

well, xmas day is always boring isn't it? people always celebrate on de eve and then.. has got nothing to do on xmas day itself. well, at least for me la.

thinking back.. how did i spend my xmas for de last two or three yrs? last yr was spent with al. de previous yr was spent in aussie.. what bout 2003?? i can't rem at all.

results gonna be out this week i guess. *cross fingers*

well, someone came and msg me in msn how am i gonna celebrate next week. was thinking huh, next wk? well.. he meant new year. before i got to say anything, he said he's booked. alright, shall stay home maybe.

but somehow, i feel like i've lost sth.. and it's really gone.

? every page of my imagination
The Girl


& CREDITS
this layout was done by jeanette. Fonts were from dafont and image from threadless. pls do not take out the credits. (: